Respect for the Ocean. 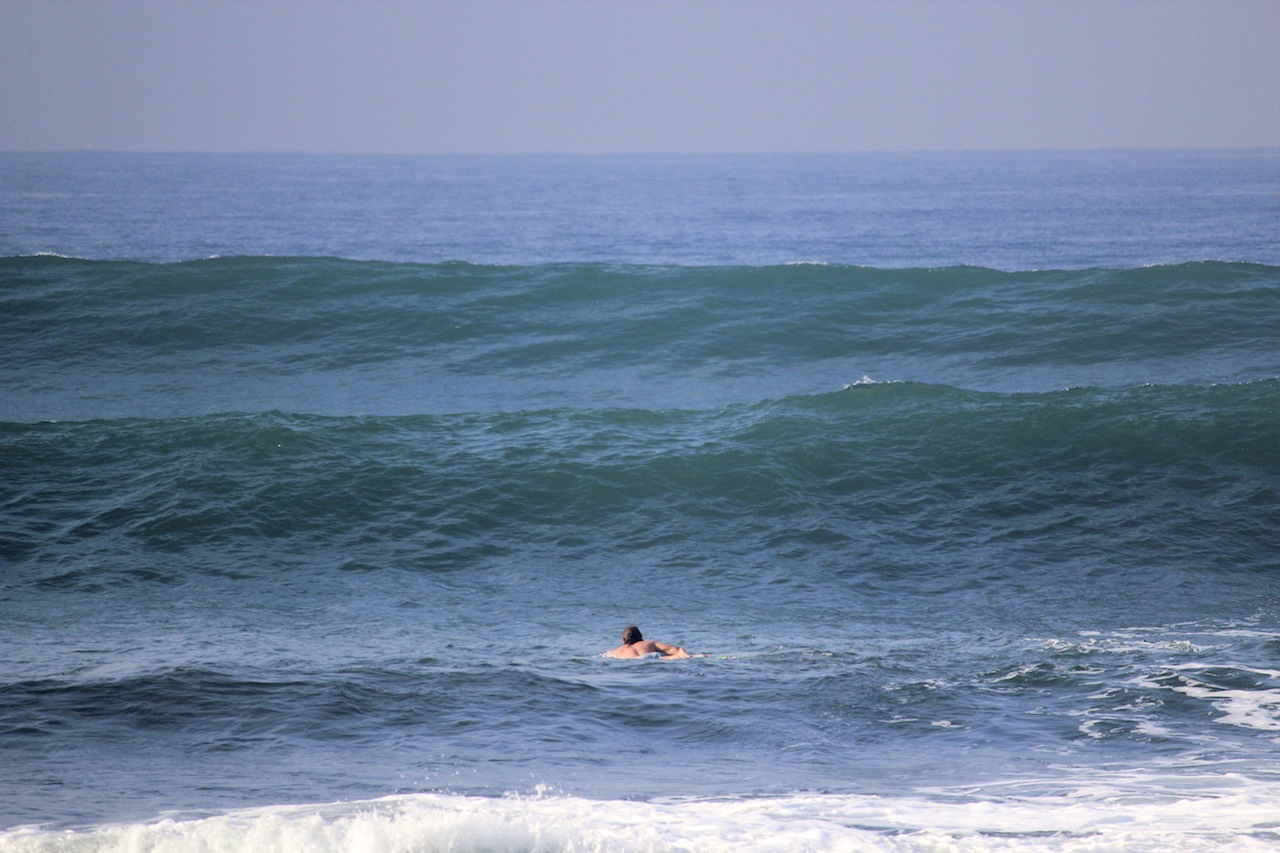 “With the naivety of a novice sailor, and the bravado that only comes with youth, I looked her in the eye and yelled to no one in particular “C’mon ya bastard, show me what you’ve got!” And with that she unleashed the power of something I neither understood nor fully respected at the time. The ensuing 48 hours were above all else a lesson in respect.”

The passage between the Med and the Canary Islands is well known for frequent storms, squalls, and surprises of the seafaring nature for all those traversing the Atlantic Ocean from the Mediterranean to the Caribbean. Every year there is a trail of private yachts crisscrossing the Atlantic Ocean to appease the pleasures of yacht owners as they exchange the translucent blue Mediterranean sea and gambas a la plancha for the idyllic islands and languid lobsters of the “Caribbean season”. We had under our command a 72ft mono hull sloop sailing yacht, a ‘Farr’ design out of South Africa. With a $1M price tag it was well and truly capable of the voyage, a racing yacht designed with owners comfort in mind.

We saw it coming. Not in some bullshit “perfect storm” as one might foresee on the next Hollywood film entitled “Monster Ocean of Death” or “Death by Dark Sea”; but all the same it was stacked up with a forecast of considerable damage, and boats were advised to avoid wherever possible. But we were a couple of days in, didn’t like the idea of spending 2-3 nights on the big rock of Gibraltar, and above all else we were on a 72 footer with an experienced Captain – so we pushed onward for the Canary Islands.

Over the next 48 hours each level of storm intensity had a corresponding action; and before I knew it I was at the helm of a 72ft ‘surfboard’ careening down 40-50ft raw open ocean swells, doing all I could to keep her nose out of the water as she buried into a huge trough and then climbed her way back up to the top of each peak. That was ultimately the exit strategy after spending the prior 36 hours getting a good old fashioned beating from Señor Huey.

Twelve hours in we performed the first reef on the main sail as gusts reached 40 knots. Hurriedly we again reefed down for a second time as wind gusts reached 50-60 knots. And then no longer than 12 hours after our first reef down we completed the 3rd and final. This proved to be one of the more hair-raising events; with only my Captain and I up on deck, wind gusts had reached up to 82 knots, and you could quite literally feel and hear the yacht stretching and straining under the force of the storm. With the task of staying upright on deck a challenge, and with seas frequently washing over deck, it proved impossible to complete the final reef down without unclipping the harness from the safety line; so as to have some form of speed and maneuverability to scramble back and forth between surges in the swell to secure sails and rope knots.

From there we backed the jib sail in the reverse direction so as to work in oppositional force to what was left of the main sail – ultimately attempting to sit the yacht stationary so as to avoid been pushed into the African coast. And it was at this point that I realised that despite the innate capacity for man to assume that we rule supreme over all things, it couldn’t be further from the truth; particularly with regard to our relationship with nature and the ocean. I have never felt more humbled by the force of nature than at that point in time ~ inclusive of sitting through cyclones in Mackay, looking for a gaps in macking swells hitting the Uluwatu cave, or bearing witness to the devastating effects of the droughts of western QLD… In short, it was an absolute bottler of a storm, and one that made you feel about as big as a peppercorn in a family size pie!

As the winds started to ease the bilge pump alarm started to sing, an indication that we were taking on water somewhere. As we searched through the lower regions of the yacht we found that the whole keel was actually coming loose. With the impact of the storm the keel bolts had loosened, a good indication of the storm’s strength. With that in mind, and at least a 24-hour sail away from the Canary Islands, we started to steam out of the storm under motor and sail. I distinctively remember spending the best part of 4 hours alone up on deck wrangling the yacht in the direction of the Canary Islands; with a combination of fear, awe, and adrenalin assaulting all parts of the body while crew struggled with seasickness below deck. I was pretty bloody pleased to be up on deck and taking it all in!

The size of the swell and direction meant steering the yacht up the face at a 45 degree angle, hoping like fuck it made it to the top of the crest, and then swivelling the yacht 90 degrees on the top of the crest before hurtling down the other side on an appropriate angle so as to avoid cracking the hull by ‘dropping off’ the crest or spearing the nose of the yacht into the sea. I was 20 years old and it was my first time in the open ocean. The experience I did have was surfing for over a decade, so I treated the yacht like a 1970’s Bob McTavish ‘Blue Bird’ and steered her out of there in a fashion not dissimilar to surfing an outside bommie ~ with my heart in my mouth and senses super heightened.

We limped into Lanzarote Island and had the yacht pulled up out of the water and onto the slip for repairs. The rest of the journey, from Lanzarote to Antigua in the Caribbean, was relatively calm seas and an equally humbling and inspiring trip of 22 days devoid of any terra firma (land).

Man can never conquer the sea. Respect that, and then she will dance with you.

Post Script: The up shot was we spent the following week surfing and exploring the Canary Islands while locals made repairs. Cruising the moon-like landscape of the Canary Islands is a surreal experience, with the only sign of vegetation been the occasional wine vines. Big, long-period ocean swells!