My wife and I spent a week on Rote Island, West Timor – staying out the front of ‘T-Lands’ surf spot. Super chilled vibe, apparently reminiscent of Bali circa 70’s, and some hidden gems down that way for those keen to explore.

What was really rad was the old crew who have been on it down there since the 70’s… including the likes of Felipe Polmar (1962 Hawaii Big Wave Open, 1965 Peruvian World Champion). The old boys still definitely charge, with some old heavy duty guns in their quivers; all coming out of the wood work when T-Lands is on (it can hold 15ft+).

The left out the front is a swell magnet, there’s a world class right 15mins away, and so many other empty waves on nearby islands when the swell lines up. Above all else it was just sweet to cruise around the island, soak up the culture and the local kids are always frothing to see bules.

Also managed to somehow find ourselves at the annual horse races, and got wrangled into climbing onboard a local midget mare… Not before having to keep with tradition and take a few shots of the local home brew with the other riders (closest thing to metho I’ve ever drank!). The result? Slide off the bamboo mat ‘saddle’ whilst going flat stick down the home straight. Much to the amusement of the locals.

Off the beaten path and well worth the effort, we’ll be heading back to West Timor for sure. 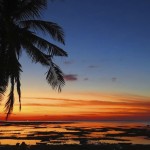 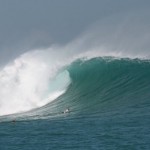 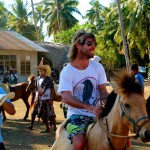 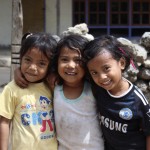 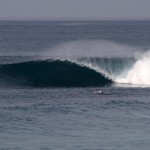 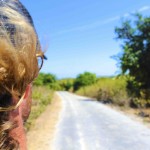